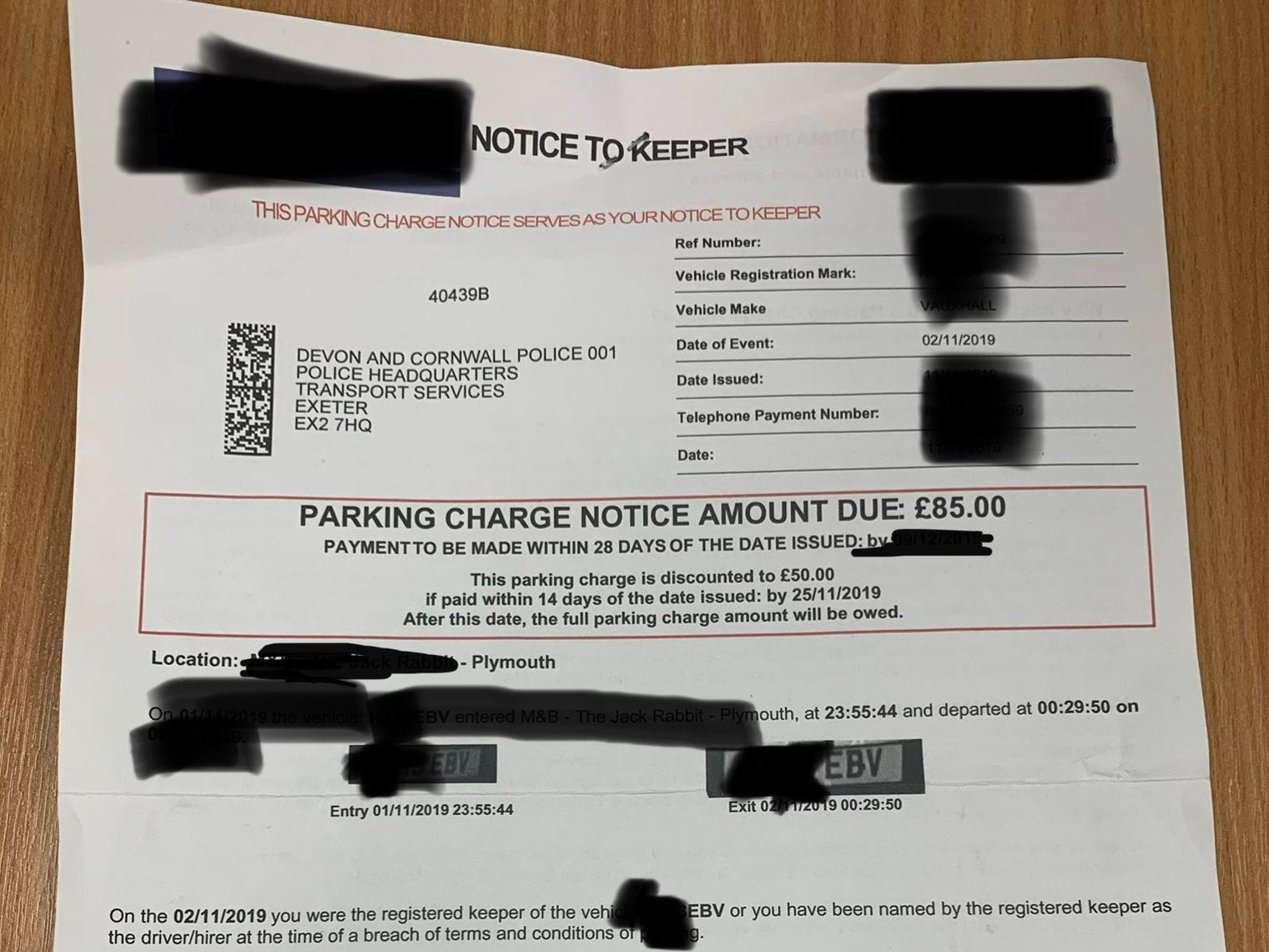 Police have hit out at a car parking company after a marked car was slapped with a fine as officers attended a 999 call.

Officers based at Crownhill police station in Plymouth tweeted an image of the £85 ticket addressed to Devon and Cornwall Police.

Venting their frustration, they wrote: “We’ve been issued a parking ticket for a marked police vehicle by a local car park. The vehicle was attending an emergency.

Sharing the full story, not just the headlines

“We’ve called the company to explain. They require us to spend time writing a letter of appeal.

“Please hold calling 999 whilst we do that!”

The penalty charge notice states the police vehicle arrived at the car park in Plymouth shortly before midnight on 1 November and left about 35 minutes later.

The document claims the driver “breached terms and conditions” because the vehicle was “parked without a valid pay by phone transaction”.

The police force would not reveal any details of the emergency officers were responding to or the name of the company involved.

Earlier this year, footage circulated on social media of a traffic warden issuing a police car with a fine in Manchester city centre.

Greater Manchester Police later responded to the video, saying the marked car was parked at a taxi rank because officers were responding to reports of an assault.